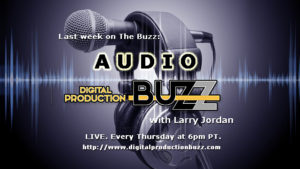 This week on The Buzz Podcast, we look at the latest in audio technology and gear – from recording on-set to networking to live production and mixing consoles. Plus, we take a side trip into learning about new ways to distribute your content on the “new radio.”

by Larry Jordan There are three elements to archiving media: Data that you want to retain for a long period of time Hardware to store the data Software to drive the hardware This review looks […]

by James DeRuvo (doddleNEWS) As we decorate our homes with holiday illumination, Larry Jordan puts the spotlight on… lighting! He talks with manufacturers and cinematographers about the latest trends in lighting tech and how it’s […]