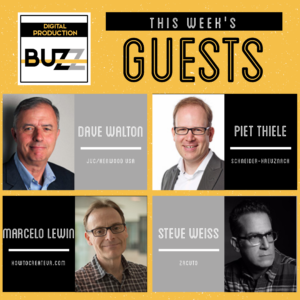 This week’s episode of the Buzz, finds host Larry Jordan chatting with experts about the current state of production – cameras, lenses, VR, and the business of staying in business. We look at the challenges ahead, where the industry is going and what you need to know to succeed.

This week on the Buzz Podcast, to celebrate the new year, host Larry Jordan reflects on 2018, then looks ahead into 2019 to spot emerging trends that will impact the media industry this year. We’ve invited […]

by Larry Jordan I’ve discovered, in working in the media industry, that there are a number of relationships that impact the work we do and results we create. Two of these are triangles, the third […]