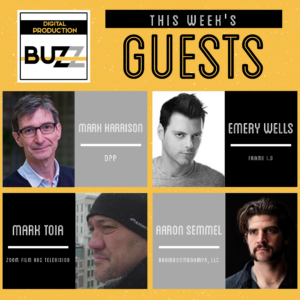 Technology affects every aspect of media; including production. In this episode of The Buzz Podcast, we talk to DPP about a recent survey on how production companies cope with changing technology. Then, Executive Producer Aaron Semmel discusses technology and story-telling. Next, Frame.io tells us about their new award: the Masters Series. Finally, we chat with their first Master: Mark Toia about the challenges of production today.

Two floating timecode windows are new with the 10.4.4 update to Apple Final Cut Pro X. One displays source timecode and the other displays project timecode. Both work exclusively with projects that are open in […]