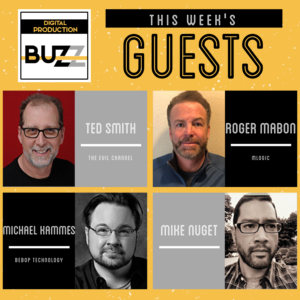 This week on the Buzz, we cover a range of topics from cosplay to color grading to archiving. Plus, the latest changes in workflow, codecs and technology.

by Larry Jordan Live production and streaming have never been easier – but that doesn’t mean it’s easy. This week on the Buzz, we talk with the experts about the current state of live production […]