IBC just ended and this week, we talk with Adobe Systems, Avid and Blackmagic Design about their latest products, announcements and news. If you want to learn where our industry is headed, these interviews will point the way. 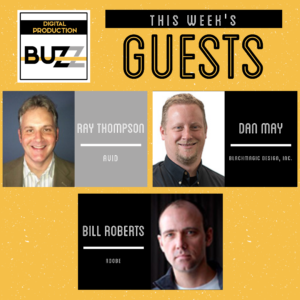 Join host Larry Jordan as he talks with Dan May, Ray Thompson, Bill Roberts and James DeRuvo with The Weekly DoddleNEWS Update.

Blackmagic Design continues to refine and expand the features of DaVinci Resolve 15, with an update that fine tunes playback performance, improved keyframe animation, color science, and stability. But while many could consider this a […]

By Larry Jordan If you haven’t heard of it before, Kyno is media management software that allows you to find, preview, organize, tag and transcode your media. Then, it simplifies moving media – or data […]