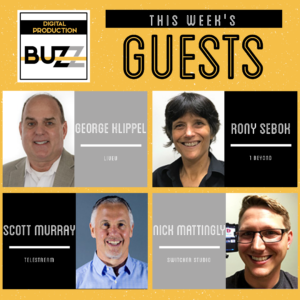 The Buzz Podcast – The Road to NAB

by Larry Jordan NAB is eight weeks away, so, to help us all get ready, we are kicking off “NAB Insight” – a behind-the-scenes look at what’s next for the annual media conference. Plus, we […]

The Buzz Podcast – Get Your Budgets Under Control

by James DeRuvo (doddleNEWS) Last night on the Buzz Podcast, Larry Jordan took a look at managing budgets for your next film project. With wisdom from Executive Producers of TV, Film and Theatre, listeners are sure to […]

by Larry Jordan Storage Visions is a two-day conference devoted to the latest in storage technology. As in year’s past, the Digital Production Buzz is a media sponsor for this event. This annual conference, produced […]