On tonight’s episode of the Buzz podcast, we talk with producers about the current state of producing programs in today’s evolving production landscape. We discuss the obstacles they face, the trends they embrace, and what they expect in the future. There’s also an extended discussion on the impact of increased media viewing on the small (mobile) screen. 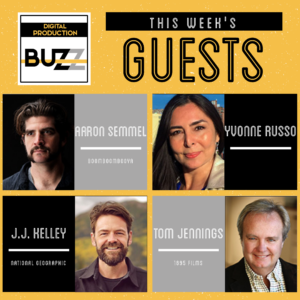 The BuZZ Podcast: Tricks, Tips, And Gear To Improve Your Sound

By Heath McKnight (doddleNEWS) This week on the Digital Production Buzz podcast: A look at the gear and techniques you can use to improve your sound. From live broadcasts to better communication to mixing, tips from […]