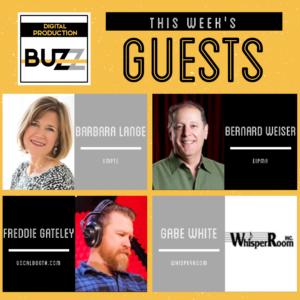 On this week’s Digital Production Buzz Podcast, we look at mentoring opportunities to help young people get their careers started right. Then, we talk with two companies who make sound isolation booths on how to use them to improve the quality of your audio.

By Larry Jordan [ This commentary first aired on the Digital Production Buzz podcast on May 3, 2018.  It has been updated for this article. ] I’ve been thinking… As I listened to the guests on the […]