This week, we split our focus between new technology and the age-old craft of storytelling. We start with news from IBC and a report on a live multicam stream from boats sailing in San Francisco Bay. Then, we talk with three leading filmmakers about their process of storytelling; from first idea to finished edit. Discover what it takes to make a story work. 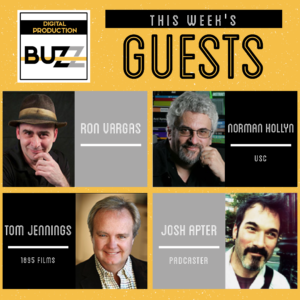 By Larry Jordan It’s been over a week since NAB and already it seems to be receding into the distant past. Strange how that happens. But the Buzz Podcast is still picking up the pieces […]

This week on the Buzz, we cover a range of topics from cosplay to color grading to archiving. Plus, the latest changes in workflow, codecs and technology. Join host Larry Jordan as he talks with […]