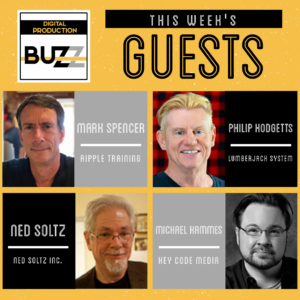 We are deep into the summer months but IBC and back to school is just around the corner. In this episode of the Buzz Podcast, I talked with some industry leaders about what’s coming in the Fall and where the industry is going right now.

by Larry Jordan IBC just ended and this week, we talk with Adobe Systems, Avid and Blackmagic Design about their latest products, announcements and news. If you want to learn where our industry is headed, […]

by James DeRuvo (doddleNEWS) Niclas Bahn does Business Development and Developer Relations at FxFactory. We sat down with him to talk about the state of visual effects, how it’s changing, and what’s new for FX Factory. […]