Tonight on The Buzz we turn our attention to post-production and the companies that specialize in it. How is the business of post changing? Who are their customers and what do they want? And what does the future look like for professional post? 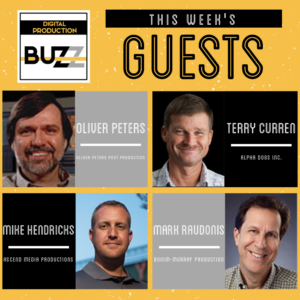 by Larry Jordan IBC continues generating news this week as we talk with NewTek, Clear-Com, SmallHD and Axle Video about their latest announcements and product that they introduced at the trade show. Join host Larry […]

By Larry Jordan We all know that we need to backup our data. But, we also know that most people don’t. You don’t by a Drobo for performance, you buy it for security, expansion, and ease […]