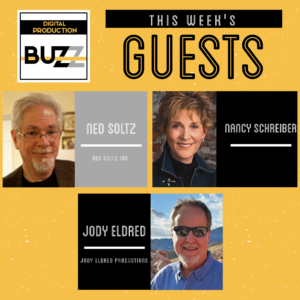 This week on the Buzz, we conclude our four-part series looking at the state of today’s media industry in these conversations with three experienced cinematographers. From new technology to new clients to new challenges, our experts provide creative ideas on coping with change and competition.

The Buzz Podcast – Keeping Your Projects Secure in the Cloud

by Larry Jordan As more companies move media production and post to The Cloud, security becomes an ever-present concern. This week, we talk with experts on what it takes to keep our projects secure as […]

, by Larry Jordan There’s nothing like discovering I have something new to learn to add a sparkle to my life. Last week, I got to play with a new Blackmagic Pocket Cinema Camera 4K. I’m […]