This week on The Buzz, we look at the changing role of the Editor: how tasks are evolving in today’s market, as well as the business challenges of working with clients, tighter deadlines and constricting budgets. Listen to these experts explain how to make your business stand apart from the crowd. 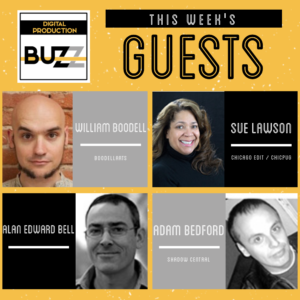 By Kevin P. McAuliffe In our previous lesson of our look at learning BlackMagic Design’s DaVinci Resolve, we started our talk about Keyframes and how to add them onto parameters in the inspector to drive […]

By James DeRuvo (doddleNEWS) Prices are going up for subscriptions to Adobe Creative Cloud. Effective April 16th, users of Adobe Premiere Pro, Adobe After Effects, and the rest of the online subscription post production catalog […]