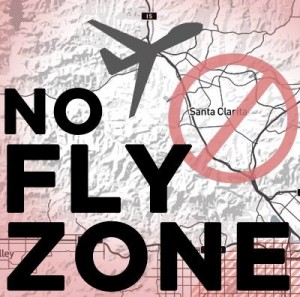 On Father’s Day, a friend of mine and I wanted to go fly a drone in greater Los Angeles in the morning before it got too hot. But there are so many laws against flying them within the city limits, that we had to hike several miles through the brush to get to a location near the Santa Clarita river wash that we could send our UAVs aloft legally. And even though a court overturned the FAA’s drone registration scheme, actually being able to legally fly a drone in Southern California is getting harder and harder.

“No person shall operate in any park any model airplane, boat, car, craft, or other similar device that is powered by an internal combustion engine, remote control, or other similar or electrical power source, except in an area and at such times as designated for such use by the director.” – Santa Clarita City Municipal Code

Now I can’t speak to every single city in California, but more city councils are passing regulations (and not just in the Golden State) that make it illegal to fly drones within city limits, but many, including in San Diego, and apparently in Anaheim (from how the guys in the video struggled to find a location), are adopting tough laws that mirror FAA requirements.  These restrictions are making it highly difficult to find a safe space to practice flying your drone.

For example, in Santa Clarita (part of Los Angeles County), where I live, all city parks (which are empty 80% of the time) are off limits to UAVs and similar devices, unless permission is given by a park official, as well as any area where a crowd can be found. There is a nearby lake area, however, which the city suggests could be used to fly, but it’s pretty far away for an afternoon of flying drones after work.

Things have gotten so restrictive, that I penned a letter to the editor pointing out that of all the parks in our area, at least 15-20% of the park space goes unused and could be deployed for drone use, or there could easily be drone hours during which parks are mostly empty. But so far the city council is not inclined to make any changes, stating that public parks are where people congregate and are often used as helipads for local sheriff’s operations.

“Within the limits of any park or other City-owned Harbor Department designated and controlled property within the City of Los Angeles… No person shall land, release, take off or fly any balloon, except children toy balloons not inflated with any flammable material, helicopter, parakite, hang glider, aircraft or powered models thereof, except in areas specifically set aside therefor.” – Los Angeles Municipal Code (LAMC) section 63.44 (b) (8)

In L.A. proper, it’s much worse, and with good reason. Los Angeles County is a major transportation hub and there are airports that surround the L.A. basin. From LAX to Burbank Airport, to smaller local civil fields, Los Angeles is Class E Airspace, and as such, the sky is pretty crowded.

Beaches could be a great place to fly, but with crowds, especially in the summer, the requirements of not flying over people by the FAA applies, as well. And many beaches in the Los Angeles are technically state parks, and as such, drone flight is illegal without permission or permit.

And landmarks like the iconic Hollywood sign are completely forbidden from being filmed with a drone without not only permission and a permit, but also a city approved escort who will make sure you obey all local rules and regulations. The escort will make sure you only fly where you say you will.

These regulations don’t include how cities are using criminal eavesdropping and stalking laws to limit drone flight. Drone operators could be held criminally liable for violating existing privacy laws, including if individuals feel they are being harassed by a drone.

So if you have access to large pieces of privately owned land, the FAA will usually allow drone flight with permission of the property owner, so long as UAV operators obey FAA laws of keeping your drone within eyesight, at least five miles from an airport or helipad, and under 500 feet in altitude. There’s also a new law that requires drones to stay at least 25 feet away from any person. Violation of these laws carries a fine of up to $1,000, and up to six month in jail.

And it’s not going to get any easier as drone use gets more popular. Commercial drone operators and professional cinematographers, however, applaud the restrictions, saying that grabbing footage of L.A. landmarks should be left to professionals who are sanctioned and certified.

“Civilian drones are dangerous tools,” says Steven Poster, president of the International Cinematographers Guild (ICG). “like throwing a Cuisinart in the air and hoping for the best.”

One way to find a good area to fly is to download the FAA’s app, B4UFly. It will show you where you can and cannot fly a drone in your area. Outside of that, if you know a drone-friendly area in Southern California, share it in the comments so we can all go flying together!