Getting caught up in the hype of gear acquisition syndrome (G.A.S.) can be tempting. New features may make great tools, but it also means learning how to shoot all over again. One filmmaker chooses to avoid all that, by continuing to use the same DSLR he’s been shooting on for the last eight years. And he has no plans to stop. 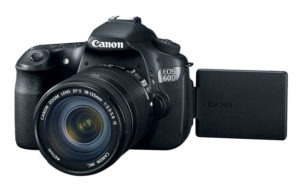 Darious Britt is one of my favorite YouTubers. Not only because he’s entertaining, but because he comes at his craft with a learned eye, and loves to share everything that he picks up along the journey. In a recent video, D4Darious, as he is known, decided it was4k time to explain why he still uses his Canon 60D for all his projects. This eight year old DSLR, that Britt picked up in 2010, shoots in 1080p, while the rest of the world is moving into 4K and beyond.

Why am I still using this old dinosaur? If I wasn’t renting gear, I used my 60D. There were better, cheaper cameras on the market. I wish I had an amazing, mind blowing answer, but I’m just super comfortable with it. 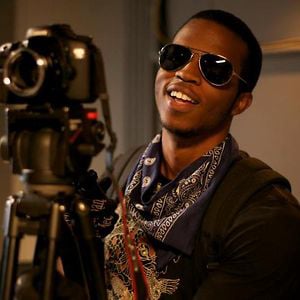 But Britt doesn’t seem to care. And there’s a very simple answer as to why. He knows it like the back of his hand. With eight years of shooting, he has muscle memory that enables him to quickly navigate and adjust the menus and settings to create shots on the fly. In short, he’s comfortable with every feature the 60D has. And that’s important when you’re up against a deadline. “I can practically run through the menus blindfolded,” Britt says. “When I’m up against the clock, and I’m shooting something with no crew, I can move faster, because I know the camera so well. It’s like having a third arm.”

I’ve learned everything I know about filmmaking with this eight year old, crappy camera.

Britt also says that while he could rent a better camera, he would then have to devote time and energy to learning how to use and practice with it, in order to get the same desired results. And that’s not something he’s all that interested in devoting time into, when there are more important things to literally focus on.

So the bottom line, Britt has been putting his energy into getting better at everything in front of the camera, not behind it. That means better framing, better scene design, lighting, or pacing. In other words, none of the better cameras out on the market are going to teach you how to tell your story, and that’s what Britt is focused on.

With those basics learned, and his voice found, Britt has finally decided to officially retire his tried and true 60D and test the waters for the next camera to take its place. His plan is to cycle through some new models to find it, and the Panasonic Lumix G7 is first on the list. You can’t fault him. First, he plans on continuing to use his 60D for vlogging. But even the most stubborn filmmaker has to wade into the next generation from time to time. And then, it’ll probably be another ten years before he does it again.