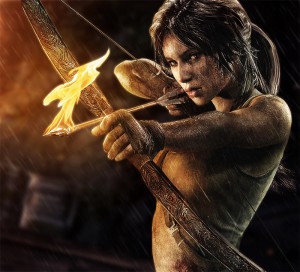 The new Tomb Raider reboot is moving ahead at breakneck speed.

The project, which has been in development for five years now, has a writer and a director attached – meaning a production start date can’t be far away.

THR reports that Norwegian director Roar Uthaug (The Wave) will helm the picture –which will be his first English language film. In September, it was rumored Kathryn Bigelow (Zero Dark Thirty) would helm the film.

What we do know is that the new Tomb Raider film will be an origins style story – like so many reboots – which will detail character Lara Croft’s first adventure.

There us still no word on who will take on the lead role previously occupied by Angelina Jolie.

The character of Croft is still a big part of popular culture thanks to the seminal video game series which the movies are based on.

The first two Jolie pictures, directed by Simon West and Jan De Bont respectively, collectively grossed $430 million in 2001 and 2003, but were not as well received as the video games, by fans or critics.

The previous films were very much stylised and rather brainless – hopefully the reboot, which is being produced jointly by MGM and Warner Bros., will go down a more realistic route.