It was only a year ago that drones were all over the show room floor of NAB.  From DJI to GoPro to FreeFly, and dozens of third party competitors looking grab a tiny piece of market share left over, drones had their own pavilion and demonstrations galore. This year in NAB had virtually no drone presence whatsoever. And what was on the floor, were mostly static displays of one manufacturer, DJI. Has DJI won the drone war, or is there something else afoot?

After getting back from NAB I’ve been having several conversations with industry experts, PR people, and drone users about the state of the industry, and it seems to be running into some stagnant time. Not when it comes to technological development, mind you. DJI continues to innovate and come out with new products, but the question is, where have all the drones gone this year?

DJI has redefined the camera on drones. It’s no longer a drone capable of flying a camera, it’s a camera that’s been configured to fly. – Bo Lorentzen

And I’ve come down to a trio of issues that could be having a profound impact on the future of drones moving forward, especially for filmmaking. The first thing is that according to the FAA, only a single digit percentage of drones are being used for filmmaking and electronic news gathering. That means over 90% of drones are used in other industries including mapping, search and rescue, tower and building inspection, and agriculture. Add to that the recent results of our 2018 reader’s poll, and it seems drones are as big as we thought they would be. 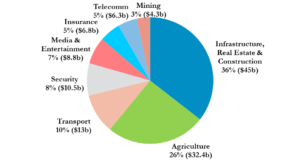 Add to this that in the last two years, both 3D Robotics and GoPro have left the drone market, and all you have left is DJI for compact and personal drone use, and companies like FreeFly for higher end multi rotor cinema UAVs.  There are other brands including Power Vision and Yuneec, sure, but I didn’t much from them at NAB. But DJI’s booth was packed with onlookers getting info and making deals.

Secondly, there’s the tighter restrictions of the FAA and other government ministries around the world. Not only with nationwide regulations, but more importantly state and local ones. Where I have, for example, the town council placed a 25 mile no fly zone and prohibited drone flights even in vacated parks. So you have to drive out to the local state controlled lake to get any flying done.

In greater Los Angeles, there’s an even tighter web of overlapping city and community regulations that users must adhere to. It’s even worse if you’re traveling overseas with  your drone, as some countries won’t let you bring them in at all, and will put your UAV in quarantine until you leave, and even then, you may not get them back at all. There are protocols to follow to get your drone in, but they vary from country to country. So it pays to do your homework on what regulations to follow and what is required to bring your drone in. 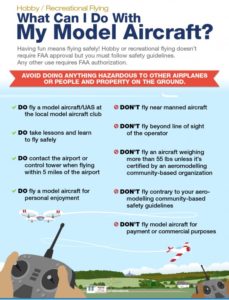 Lastly, if you’re wanting to do some aerial cinematography, that involves a commercial component, and that means FAA part 107 compliance, training and certification.  So currently, there are only a handful of professional drone operation companies that are certified for commercial operations. That’ll change over time as more drone pilots receive their part 107 certification. But if you’re an indy who can’t afford to pay a commercial drone pilot, you’re putting your project, and your drone, in jeopardy flying out of compliance.

So, is this a pause in an industry that everyone was saying just a year ago was going to explode? Or are we seeing a hard core reality check of where drones are going to end up? Honestly, I think it’s a little of both. Drones are here to stay for filmmaking, they’re far more affordable than renting a helicopter and a Cineflex package. But at the end of the day, I think we’re seeing the reality of drone applications. They’re probably not going to fill the skies with deliveries of pizza and packages from Amazon. They’re not everywhere, just where they need to be.

What do you guys think? Is the sun setting on drones already?  Leave a comment below.

By James DeRuvo (doddleNEWS) You can really tell the difference between someone who thinks cinematically as they shoot with their drone, and someone who just wants to get a bird’s eye view. Here are five […]