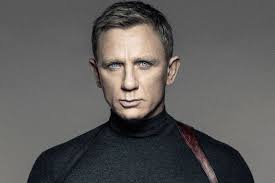 Following Daniel Craig admission that Spectre could be his last Bond movie – we look at the most likely candidates to be granted the license to kill.

The former Wire actor has been favourite for the role since 2012, when it was revealed that Bond producer Barbara Broccoli had met with him to discuss the part.

Since then, London born Elba has been quite open about his desire to play the iconic role.

And despite the last installment, Skyfall, grossing over $1 billion worldwide, Eon Productions chief Broccoli clearly knows that Craig’s time is drawing to a close

Earlier this year, when questioned about whether Elba would make a good 007, she said: “I always say, it’s like asking a woman who’s going up the aisle on her wedding day who her next husband is going to be.

“But I’m a huge fan of Idris — we all are. He’s a great actor, and he could do anything. So ask me when we’re looking for a new Bond — which hopefully won’t be for a long time.”

The flame haired actor is well known to US audiences as Sergeant Nicholas Brody in Showtime series Homeland.

In June, UK bookmakers slashed the odds of Lewis becoming the next Bond making him outright favourite to succeed Daniel Craig.

In the UK, there is a saying that bookmakers are rarely wrong and Lewis is currently tied with Elba as joint favourite at odds of 3/1 – meaning producers must be at least considering him for the part.

Lewis previously joked with the Telegraph that Skyfall opened up the possibility for a ginger Bond” by introducing the Scottish heritage”.

The Mad Max star has arguably the strongest acting credentials to follow Craig – indeed Hardy is fast becoming one of the best character actors and biggest movie stars in Hollywood.

And if producers had not thought about approaching the Englishman before, Hardy insisted that he would not turn down the offer to play iconic MI6 agent.

While promoting his new film, crime drama Legend, he said: “I think a question like that is certain death for anybody who would be interested in playing that part, do you know what I mean?

The Superman actor was reportedly one of Casino Royale director Martin Campbell’s preferred choices for the role back in 2005, before Craig landed the coveted position.

Back then, Cavill’s age and lack of star credentials worked against him, although there would be no such problems this time around.

However, the lukewarm box-office performance of Guy Ritchie’s The Man From U.N.C.L.E may have killed his chances.

The fifth favourite with the UK bookmakers – behind Cavill and Hardy who are in fourth and third place respectively – is critics’ favourite Fassbender.

The German born actor, who was raised in Northern Ireland, certainly has an interesting background to go along with his unquestionable acting ability.

After impressing in art house movies such as Steve McQueen’s Hunger and Shame, Fassbender has made the seamless transition to blockbuster cinema, appearing in the last two X-Men films.

And while he is at the back of the chasing pack, much like Hardy, the Prometheus star seemed to be warm to the idea of playing the seventh big screen James Bond while talking to ScreenRant.