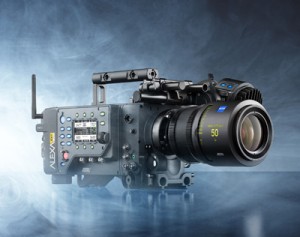 Mild upsampling with ARRI color makes up the difference

A few weeks ago, ARRI announced that they were taking their ALEXA line into the future with SXT, a new update which would combine the additional boost from their 65mm ALEXA  electronics with the existing sensors that not only brings the ALEXA into 4K without a new sensor, but does it with the color gamut we all know and love. What kind of secret sauce does ARRI use to accomplish this without a 4K sensor? Turns out it’s nothing new for them.

One of my favorite lines in Apollo 13 is when the character of flight director Gene Krantz (Ed Harris) declares, “I don’t care what it’s designed to do, I care about what it CAN do!” And that’s essentially the spirit by which ARRI is approaching this new SXT line of camera upgrades.

While ARRI takes the ALEXA to the next level of ultra high definition, it’s doing it by a combination of up-sampling and technological lessons learned through the 65mm ARRI ALEXA to achieve it without users having to replace the sensor that provides such a wonderful color gaming and sharpness that many shooters have come to love. 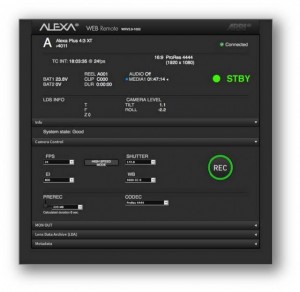 Shipman-Mueller went on to say that while ProRes 4K UHD recording in the ARRI AMIRA and ALEXA Mini are identical, the ProRes 4K Cine recording format in the next generation ALEXA SXT is a brand new approach.

“The method by which we achieve the ProRes 4K recording is no secret; just like in the ALEXA, we do a mild up-sample,” said ARRI camera systems product manager Marc Shipman-Mueller in an interview with RedShark News. “Now that we have the very powerful ALEXA 65 electronics available, we can easily do this in-camera.”

The benefit is that with the ARRI 65 electronics, the ALEXA can have larger pixels (referred to as “photosites”) with more light coming into the sensor. “All that combines to give the ALEXA the best overall image quality, and that holds up very, very well when mildly up-sampled,” Shipman-Mueller concluded.

How ARRI’s SUP 2.0 does this can’t be compared to the up-sampling that a 4K TV does with a 1080p signal, or a 1080p TV does with lower resolution. More likely, ARRI s using a different algorithm that uses more of the 3.2K sensor’s real estate and light gathering data, and then plots it out in a fashion that can be considered debayering on steroids. Think of it as applying a signal booster to the sensor and not inviting any additional noise to the party.

The result is that stunningly bold, and sharp image that we love with the ALEXA, but in a way that existing users can get with a relatively modest upgrade.