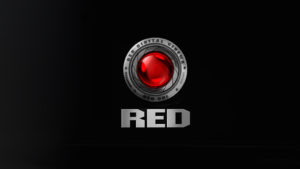 Boy it’s sure been a busy year for RED. Closing out 2017 with a WHY RED campaign, the cinema camera company has made a tsunami of ripples on everything from 8K Super 35 cinema cameras to an innovative approach to Android phones.

RED hit the ground running in 2017, announcing a new image processing workflow for their cameras. Dubbed IPP2, the workflow future proofed the post production process with support for HDR display, software and firmware. The workflow featured on set HDR monitoring controls which enabled camera operators to push dynamic range for even greater detail in the shadows, as well as more accurate skin tones and provided a better de-mosaicing algorithm to enhance resolution at 6K and above. RED ansi related a new REDWideGamutRGB color gamut which can virtually identify every color that a RED camera records so that color graders can adjust to more accurate levels. This, along with RED’s LOG3G10 encodes the tonal range of the camera for up to 18% more color accuracy.

IPP2 was developed along side their other major announcement .. that of the RED Helium Super 35 8K image sensor, which received scores from DXOMark that shattered all previous sensor records. So much so that DXOMark had to rethink their approach to evaluating sensors in general. “Their low noise and support for 16-bit RAW output make them worth evaluating as tools for capturing still images,” concluded David Cardinal, of DXO Mark.

RED also joined forces with Panavision to launch Panavision DXL powered by RED. The 8K camera incorporates a variant of the 8K WEAPON Image sensor and electronics into its large format camera, and writes to REDCODE RAW. Though it falls short of the Weapon performance spec, it can still bring the 8K with stunning color and clarity thanks to Panavision’s Light Iron color gamut.

RED then took some time out of their busy design schedule to do a little cinematic philanthropy, donating $700,000 in camera equipment to the USC School for Cinematic Arts.  This would insure that future generations of filmmakers would be comfortable working on the RED platform as they entered their new careers after college. ““RED has always been committed to supporting emerging filmmakers. To have the opportunity to help advance the technology available to the students of one of the premier Cinematic Arts institutions in the world is something we are very excited about.” – says Jarred Land, President of RED Digital Cinema, via RedShark News.

“[At] Cine Gear we will have a booth… but it is going to be just for fun… a much more focused show for Film than NAB.” – Jarred Land, Facebook

As NAB approached, we knew ahead of time that RED would have a dramatically smaller presence at the annual industry confab. Choosing instead to have a leading presence at CineGear in Hollywood during the Summer, where RED to bring out all the big guns, by making it easier for the industry to come to them. And it paid off too, as RED presented panels from Dean Devlin, Nicholas Schrunck and Guardians of the Galaxy 2 DP Henry Braham, who used RED Weapon to film the sequel to Marvel’s popular tentpole.

There was also a demonstration of the IPP2 workflow, gave shooters a hands on interaction with their line of DSMC2 cameras, including the SCARLET-W, RED EPIC-W, WEAPON 8K S35 and WEAPON 8K Vista Vision. They also took apart a Porsche piece by piece while doing it. It was fantastic.

RED also celebrated the tenth anniversary of the MYSTERIUM processor, with RED Fire Chief Jared Land giving original RED ONE processors to employees who were still with the company since the beginning. Jared Land also blew the dust off his old “cheese grater” Mac Pro, and updated it with NVidia’s latest drivers to be faster than the current state of the art by Apple.

Speaking of RED and Apple, the pair announced another partnership which would bring the RED Raven camera package exclusively into Apple Stores. RED has been fine tuning Raven to give it a modest boost to 4.5K and the mid range cine-cam can now image at up to 120 frames per second. They also dropped the price down to a very affordable $6,000 for the brain.

Then came HYDROGEN ONE, an Android phone with an innovated virtual reality display that filmmakers including David Fincher and technology reporters like Marques Brownlee have described as a game changer. With a lenticular 3D virtual reality screen, HYDROGEN is more than just a mobile phone that represents another market for RED to conquer. It serves as a heartbeat of a camera control system that RED says is the future of filmmaking. Jarred Land also states that it could be the first step in “cracking the no-glasses code” of VR.   “This isn’t voodoo or witchcraft, but it definitely is magical. I can’t wait for you all to see it,” Land wrote.  HYDROGEN is scheduled to come out this coming January.

RED also updated their popular RED TOOLS app for iOS which can be used to control the RED Camera platform, setting of ISO, Shutter Speed, and a host of other settings remotely, rather than navigating the RED camera menu structure.  The app added Crop Factor, Recording time calculator, a flicker free utility, panning speed, depth of field, and other adjustment settings. And for the first time, the Tools app is available for Android, which may portend that the open source platform created by Google may gain some ground on iOS when it comes to filmmaking apps.

You’d think that would be enough for the year. But RED had one more thing up their sleeve and it was MONSTRO.  Monster was an update to RED’s popular Weapon Vista Vision 8K Image sensor which future proofed it with full frame 8K image coverage at up to 60 frames per second to produce data transfer speeds of up to 300 MBps.

And we still have a month and a half left! What’s next for RED? Well after HYDROGEN changes the game up after the first of the year, we’ll just have to wait and see what the camera company has in store! You can bet it will be virtually cool.  Literally!

By James DeRuvo (doddleNEWS) If you don’t have a RED dealer near you and are looking to get your hands on a RED rig, you no need to look no further than the mall. That’s […]

By Danny F. Santos (doddleNEWS) A couple of months ago, RED announced a new image pipeline which they dubbed IPP2. It covered changes to the firmware, wiring options, as well as the software effectively future proofing […]